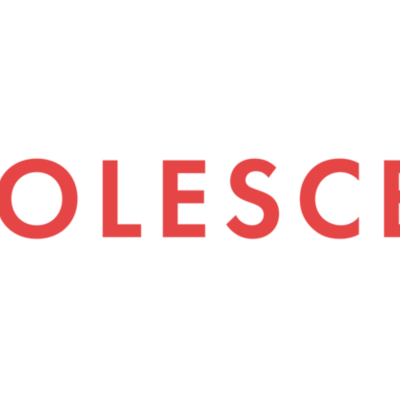 Roma, for all its patience, is set in a world in motion. Its very first shot, a close-up on an outdoor patio’s stone tiles, is almost immediately interrupted by rolling and receding waves of sudsy water. In its shifting, rippling reflection, an airplane appears in miniature, making the journey from one end of the water’s mirrored surface to the other. Its passengers, whoever they are, will land, disperse, carry on their own separate lives, ignorant that they briefly passed over a young woman named Cleo (Yalitza Aparicio) as she cleaned the patio, clearing it of the dog shit that only keeps accumulating.

Roma is woven from the material of director, producer, writer, cinematographer, and editor Alfonso Cuarón’s own memories and the stories told to him by the woman who was employed as his childhood nanny, Liboria “Libo” Rodríguez, to whom the film is dedicated. That the opening credits fade in and out over a reflected image, then, is fitting—a reminder that all that follows is an interpretation of reality, refracted through the prism of remembrance. There are hazards to this approach, of course, faulty and prone to bouts of nostalgia as memory is. This reconstruction of Cuarón’s childhood is careful, though, imbued with an awareness that the landscape of his youth was not his alone, that it was occupied by other people, by other stories to which he was ignorant. Cuarón’s own presumable avatar, Pepe (Marco Graf), the youngest of his family’s four children and also the most prone to bouts of imagination, spends several scenes narrating to Cleo the events of his past lives. It does not occur to him that he’s more able to imagine himself into the shoes of an airplane pilot a generation ago than into those of the woman right before him—the woman who cares for him, who loves him, whose love is entangled with and inseparable from her own livelihood.

Airplanes, like the one that wanders into the puddle’s reflection in that first shot, are a visual motif throughout the film; on several occasions, one can be glimpsed in the monochromatic sky as dialogue and action carry on in the foreground. The world, Cuarón is perhaps indicating, need not pause so that the story of Cleo and the family by whom she is employed as a domestic worker can unfold—rather, it must not. This is not a story that can be told in a vacuum. And so Roma is grounded in the particularities of its time and place: early 1970s Mexico City, where, behind a pair of closed gates in the Colonia Roma district, various personal and domestic dramas play out privately against the background noise of escalating civil unrest.

The tiny world that exists behind those gates is a matriarchal one, if not by choice then by necessity. Sofia (Marina de Tavira)—the employer of Cleo, the mother of Pepe and his siblings—finds herself the head of a household haunted by her husband’s desertion. She feels the weight of her own grief coupled with a responsibility to her children, the necessity of not letting on that anything out of the ordinary has transpired. She feels alone, like she must do it all on her own. This, of course, isn’t the case—Cleo is there, along with her friend and fellow domestic worker Adela (Nancy García García) to cook, clean, parent, and take the brunt of Sofia’s wild fluctuations between severity and tenderness. Meanwhile, Cleo quietly attends to both Sofia’s crisis and to one of her own—she is pregnant, abandoned by a man who she thought loved her.

In this way, the film demonstrates a consciousness of the complicated ways in which power operates upon and through women, especially taking into account the factors that separate Cleo and Sofia—their social class, their skin tone, their language. (Cleo’s mother tongue is Mixtec, which she speaks with Adela; the children, upon hearing her slip into it, scold her and demand she speak Spanish.) The film engenders compassion and understanding for both of these women, even as it makes plain the particularities of their circumstances. Sofia is not a monstrous caricature of privilege, and the instances in which she lashes out at those around her—Cleo, her children—are as reprehensible in their abuse of power as they are evidence of a pain she does not know how to shoulder. Cleo, meanwhile, is not a martyr whose suffering is somehow made beautiful due to her own innate goodness.

There is a sort of solidarity between the women, or at least one that waxes and wanes; when Cleo confesses her secret to Sofia, one might expect her employer to shame her, cast her out onto the streets. Sofia, instead, is understanding, offering up her own resources and connections at the hospital where her absentee husband works. She recognizes the shared thread that runs through their experiences as women. Still, even the warmth here, the assertion that Cleo is family, cannot be fully separated from a sense of exploitation. Early in the film, for instance, Cleo joins Sofia, her husband Antonio (Fernando Grediaga), and the children one evening while they watch television but is expected to jump up at a moment’s notice to prepare tea for Antonio. Just as often as Cleo is embraced as a member of the family she is reminded that she is, and will always be, fundamentally apart from them, even as she remains embroiled in the tumultuous emotional life of the household. Cleo isn’t a saint, nor is she superhuman—she just has a job to do. When she does it well, life hums along in its usual vein; only on the rare occasion when she fails or forgets or cannot keep all the balls in the air at once is her performance commented upon. (The dog shit, as previously noted, only ever keeps accumulating.)

Though the action of the film largely happens to or around Cleo, she is undoubtedly the protagonist of Roma. If she can be said to exhibit a sort of heroism, it is for her stillness and steadiness in a world that is bursting at its seams—with violent, masculine rage, with the all-consuming grief of promises cast aside as though they are nothing. Reflecting memory in the way that it does, the film cannot maintain an entirely unsentimental gaze, but largely Cuarón gives the narrative, and gives Cleo, space to breathe, to be. Cleo is quiet; she chooses her words carefully. His script, then, does not attempt to telegraph her experience directly. Her inner life is her own.

Last year, I wrote on Madeline’s Madeline as an exercise in radical empathy. In that film, director Josephine Decker goes to great lengths, dipping into and out of the surreal, to align the viewer's experience with that of the film’s protagonist. We feel what Madeline feels and see what she sees, swept into the illogic of a particular emotional experience. Roma takes a markedly different approach, though to the same end of recognizing its central character’s humanity and dignity. There is a distance between the viewer and Cleo that is deliberate. Cuarón, ultimately, does not deign to speak for her, and it is Yalitza Aparicio’s sublime performance that gives Cleo life. Aparicio lends Cleo’s very presence a solidity and lived-in humanity, one that does not demand attention so much as reward it.

The Mexico City beyond the family’s home is notably noisy and bustling—from a parade marching past its front doors to the streets through which Cleo and Adela race on their way to the movie theater. On Christmas Day, children run and scream as adults partake in their own revelry. Cleo finds herself in the midst of a separate celebration held by the domestic workers at the country estate where the family is spending the holidays. A gathering of young men practicing martial arts, a mob that erupts like a wave sweeping down a city block—Cuarón crafts his scenes with both a naturalism and a maximalism against which Cleo has a tendency to disappear. The onus of paying attention is instead placed on the shoulders of the viewer.

In Greta Gerwig’s Lady Bird, the titular character is asked, “Don’t you think they’re the same thing? Love and attention?” Cleo’s life and livelihood are consumed in paying attention to others—for her, paying attention is a necessary condition of an unjust system that demands certain sacrifices from a young indigenous woman. The language she speaks, the color of her skin, and the place she is from (which is meanwhile being stripped away from her family by governmental decree) have constrained her options from the outset. The love that Cuarón feels for his own childhood nanny and the love that Cleo feels for the children in her charge are inextricable from this shameful fact. And so Roma has but one request of its viewer: pay attention to Cleo in all her humanity, whether she’s working or at the movies or the hospital or the beach. Stand still and recognize her amidst the chaos and the many moving pieces of the world. See her, feel with her—love her.